Antoine-Louis Barye, (born September 24, 1795, Paris, France—died June 25, 1875, Paris), prolific French sculptor, painter, and printmaker whose subject was primarily animals. He is known as the father of the modern Animalier school.

Scholarship in the late 20th century revised Barye’s year of birth from 1796 to 1795 after adjusting for the shift in year according to the French republican calendar. The son of a jeweler, he was apprenticed to an engraver of military equipment at about age 13. After serving in the army, he worked for a time in the jewelry trade. In about 1817 he began to sculpt while working in the studio of the sculptor François Bosio. He was also influenced by the Romantic paintings of Théodore Géricault. From 1823 to 1831 he worked with Jacques-Henri Fauconnier, a goldsmith. 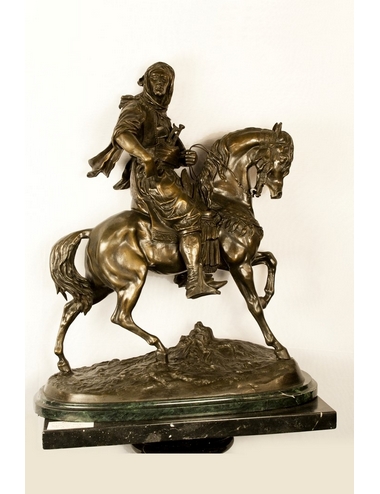