Eduardo Arroyo is a Spanish painter and set designer. Best known for his cartoon-like and parodic depictions of figures in a flattened pictorial space, Arroyo’s work is partly inspired by his time spent working as a caricature artist. A politically active artist, much of his work also reflects his opposition to Franco-ruled Spain, which he grew up under. Born on February 26, 1937 in Madrid, Spain, he initially studied journalism before moving to Paris to pursue his artistic career, eventually deciding to become a painter. Arroyo became known as an artist partly through his involvement in set and costume design in Paris, Berlin, and Milan. Today, his work is in the collections of The Museum of Modern Art in New York, the Hirshhorn Museum in Washington, D.C., and the Bilbao Fine Arts Museum, among others. Arroyo lives and works in Spain. 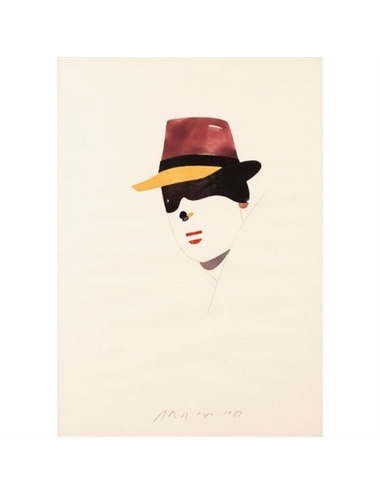