Rembrandt Bugatti was an Italian sculptor best known for his bronze sculptures of exotic animals. Born on October 16, 1884 in Milan, Italy as the son of noted Art Nouveau designer Carlo Bugatti, his young life was filled with artistic support and influence, and was encouraged by the prominent Russian sculptor Prince Paolo Troubetzkoy to use plasticine as a material in his sculptures. Bugatti began exhibiting at Adrian Hébrard's local art gallery, and his work was shaped by the time he spent observing and studying animals at close range in European menageries, including the Jardin des Plantes in Paris and the Antwerp Zoo in Belgium. Afflicted by depression and financial troubles, Bugatti spent the last years of his life volunteering at the Antwerp Zoo during World War I; when the zoo began killing many of the animals under their care due to lack of food—the very same animals the artist had used as models and had grown to love—Bugatti committed suicide on January 8, 1916 at the age of 31 in Antwerp, Belgium. 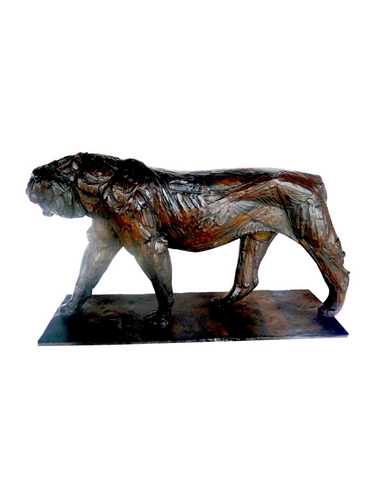 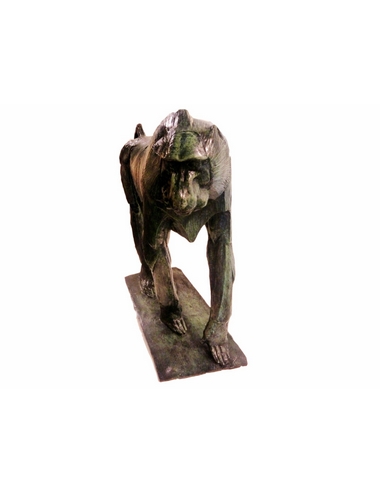