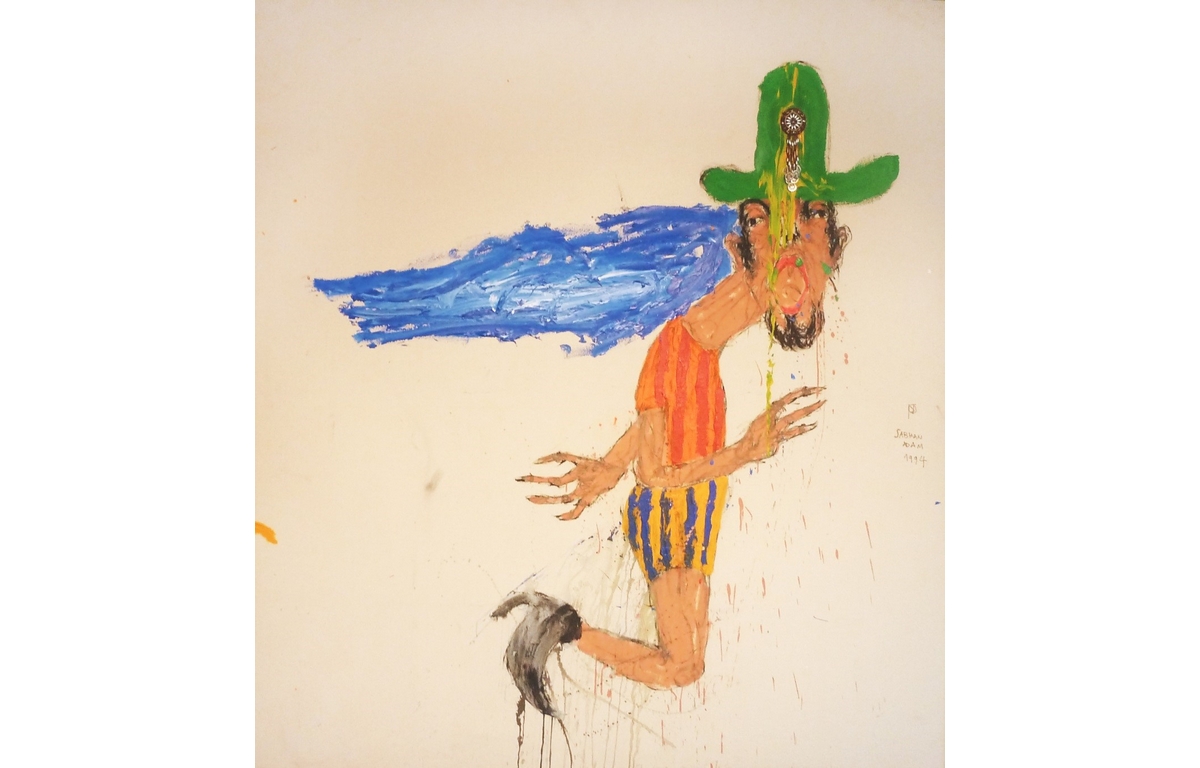 Syrian-born artist Sabhan Adam challenges superficial notions of beauty and ugliness by painting elaborate portraits of misshapen creatures draped in metallic, sequined attire. Born in 1972, Adam’s paintings depict grisly creatures, all with similar facial features based on his own face. Because he sets the creatures he paints against plain backgrounds, they appear to jump out of the canvas. Adam’s art is introspective and breaks from the norm of most Middle Eastern portraiture, which concentrates on idealising subjects. Adam, by contrast, conveys the unsightly but adorns his subjects in finery, causing viewers to question their own perceptions of beauty. Internationally recognised for his compelling works, Adam has exhibited his paintings around the world, including Amman, Beirut, Cairo, Damascus, Geneva, Madrid, Dubai, Rome, New York and Paris. 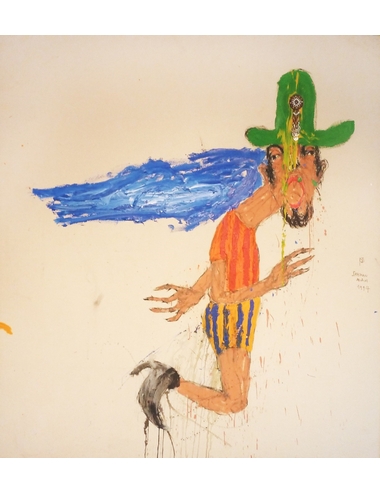