She was born in 1977 in Barcelona, Spain. She studied law for four years before realizing it was not the career she wanted, and began to study photography. Her artistic education primarily was achieved during a three year period at the Institute of the Photographic Studies of Barcelona. She is best known for creating extremely fine, detailed stencils.

Btoy primarily began focusing on street art around 2002, when her mother passed away. She was around 26 years old. Btoy found that painting helped offer an escape route from her stress, mostly because it completely distracted her mind. The photographs she worked on during her time at the Institute were a basis for her painting.

Photography helped Btoy identify whom she was portraying. The photographs of Cartier-Bresson and their composition influenced her greatly. She also sought influence in Hollywood actresses like Clara Bow and Louise Brooks, and their silent films. These women were the first liberated women and flappers. 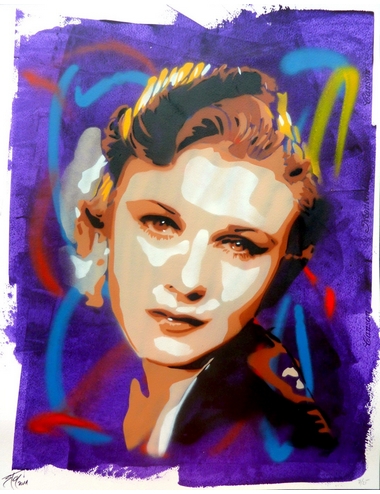